Narva | Broken Trans and Dreams at Cliffhanger for Team Narva

Broken Trans and Dreams at Cliffhanger for Team Narva


When gearing-up for extreme off-road competitions like the Cliffhanger 4WD Event, nothing can be left to chance. With over 1000 kilometres of demanding outback racing to cover, it’s crucial that teams and vehicles are well prepared.

This is no revelation for experienced off-road racer, Dave Cameron, who earlier this month represented Narva at Cliffhanger, in his race-prepared Nissan Patrol. The truck was prepped and ready-to-go a week before the race, so no stress or last minute worries for Team Narva this year.

But then something happened – the motorsport Gods began to play games. Having loaded the rig onto the trailer and driven it to his factory in preparation to transfer it onto a truck for the trip to Cobar, New South Wales, disaster struck – no reverse gear! Swear jar overflowing, Dave towed the rig to his transmission specialist and, after some tests there was no quick-fix solution – the transmission had to be dropped. Now back at the factory, Dave and his team removed the box before returning it to the specialists for further investigation. Once opened, a broken piston was found which had led to a few other issues, but the cause of the original fault remained a mystery.

With the race fast approaching, the broken components were replaced and the transmission reinstalled, all in time for Team Narva Racing to reach the location in time for scrutineering and to set-up camp. The first of the racing kicked off on Sunday 11th with two stages, the first of which was a short drive up a creek followed by a winch wall on the way to finding 20 or so waypoints as part of navigation requirements. It was a good test for the recently-fixed comp rig. “We ended up finishing in 15th place (from over 50 starters) and the car was running mint – no repairs were needed,” driver Dave Cameron said.

Following this solid start, the team looking forward to stage 2, a night stage that involved traversing a mix of farm tracks, cross country sections and creek beds on the way to locating 18 GPS waypoints. 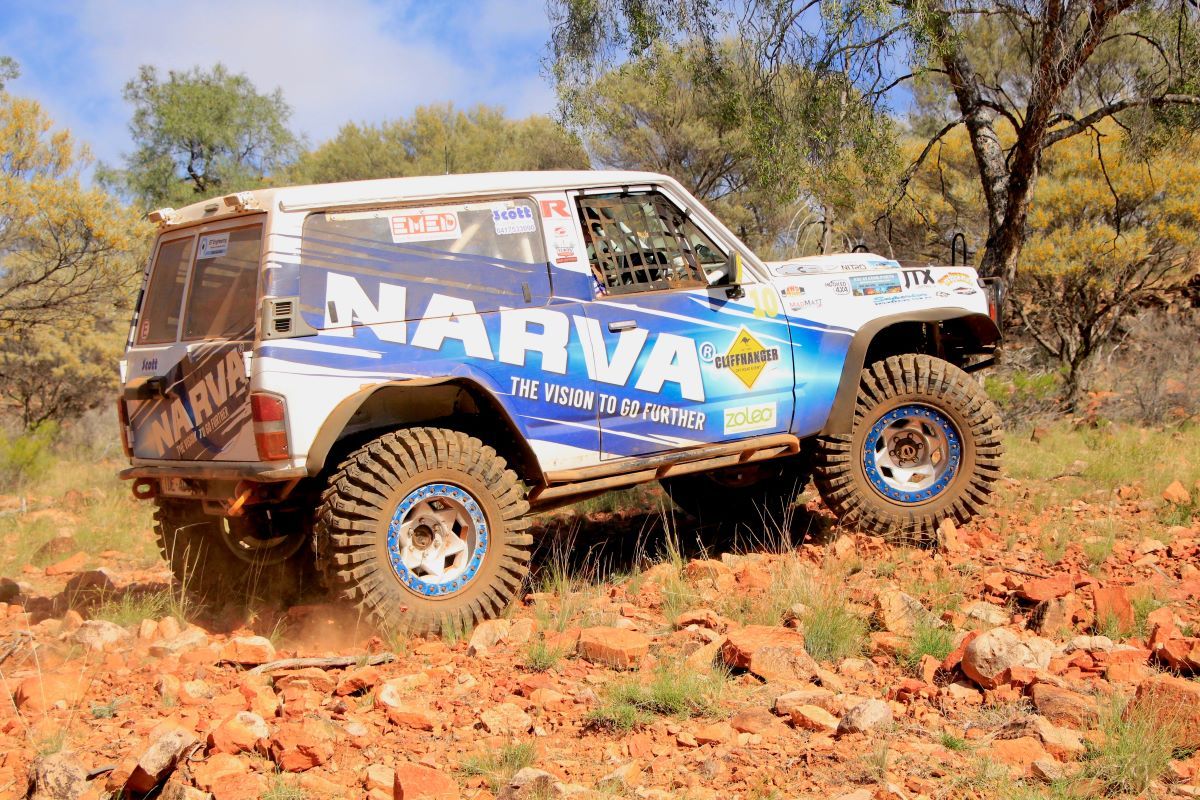 Of course, the stage was perfect to give the team’s new Narva Ultima L.E.D Mk2 driving lights a run in the heat of battle.

Compared to the original Ultima 215 models, the latest lamps produce an amazing 30 percent more light, as well as a 20 percent longer beam. Dave has previously campaigned the original Ultimas in other 4x4 events including Iron Man Adventure Challenge, Outback Challenge and Croatia Trophy and was well placed to offer comparisons.

“The Ultima Mk2s worked a treat. We had excellent range with a wide spread of light and were able to pick the ridge lines when crossing the ranges – I’m very happy with their performance,” he said.

“The original Ultimas were already outstanding and revolutionised the L.E.D driving light market when launched, the upgraded lights lift this performance to a whole new level.” 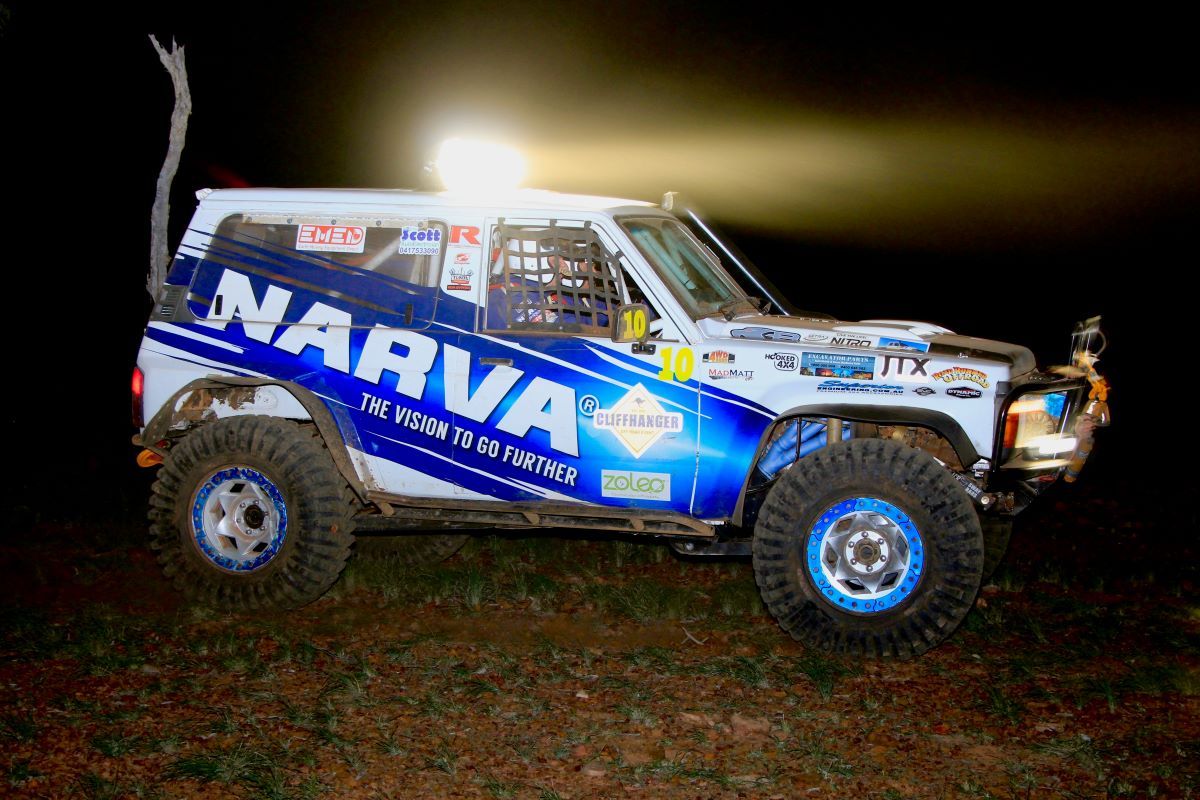 Unfortunately for Dave and Team Narva, the fun stopped after this stage. Monday’s stage 3 proceedings saw the transmission issues resurface with the team again losing reverse as well as third gear. Despite the issues, the team finished in a creditable 12th position for this stage. The prospect of removing the gearbox along with difficulties in finding replacement parts at short notice, led the team to regretfully call it quits on the rest of the event.

No doubt Dave and Team Narva will be back bigger and stronger at the next event.